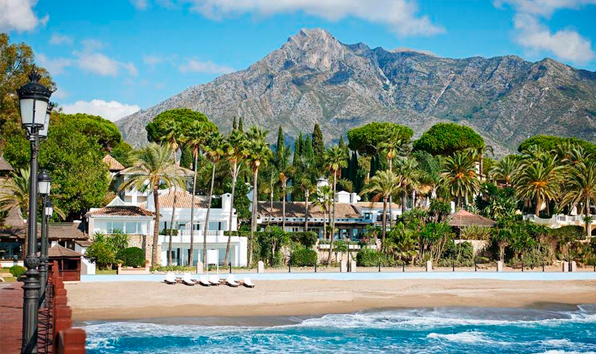 Though it has been the site of a settled community since Phoenician traders first arrived from the eastern Mediterranean, Marbella was little more than a little fishing village surrounded by wild beaches and sugarcane fields when it became a favoured destination for the international jet-set of the 1950s. Since then Marbella has grown rapidly, becoming a Mediterranean resort town associated with glamour, opulence, celebrity and perhaps the finest climate in Europe.

Modern communications have brought it within easy range of most European capitals, which has enticed many not just to visit and retire here, but to use it as a permanent base in which to live and work. Today Marbella is a bustling, cosmopolitan town with a modern infrastructure and luxury services aimed at a high-end clientele, yet the authentic charm of Andalucía is never far away, either in the town itself or in the surrounding country villages.

Known above all for its beaches, luxury resort hotels, championship golf courses, racquets clubs, spa and wellness centres, and marinas such as Puerto Banús, this is a region that also supports an active professional population, private colleges, luxury shopping, a wide variety of sports and an active social and cultural life. The setting, surrounded by sea, green valleys and mountains, adds to the quality of Marbella’s real estate, but it is above all the freedom and quality of life that is valued so highly.

Much is made of the Marbella climate, but what is so sought after is above all the free and outdoor lifestyle that this sunny environment makes possible.

More than this, Marbella offers not just a single desirable lifestyle; it puts a wide choice of activities and environments at your disposal and makes many different ways of life possible.Where some choose the glamour of cocktail parties, trendy beach clubs and heady nightclubs, others focus on sports activities or languid relaxation.

With such a focus on the coast it is often overlooked, but right on Marbella’s doorstep is a world of nature and culture waiting to be discovered – from the natural parks of the Serranía de Ronda and cities such as Granada and Seville to the ski slopes of the Sierra Nevada, the big city excitement of Málaga and the surfers’ paradise of Tarifa. 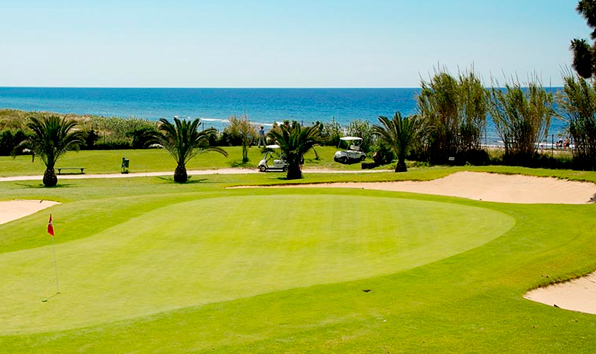 One of Marbella’s top residential locations and the site of its first golf course.
The little river after which the area is named adds a verdant touch as it flows towards the sea and an expanse of blue flag beaches that mark this eastern part of Marbella’s coastline. Here you will find local chiringuito beach bars, seafood restaurants and two of the Costa del Sol’s most exclusive beach clubs: Trocadero Arena and La Cabane.

The nearby Torre Río Real is a stone watchtower, which forms part of a network of coastal lookouts that were once used to warn against attacks by Barbary Corsairs. Built in 1575, it measures almost 11 metres in height and 22 metres in circumference. This local landmark has been declared a Site of Cultural Heritage as it adds a link to a local history that stretches back past the Moors to the Romans and Phoenicians 3,000 years ago.

The properties in this part of the exclusive Los Monteros area, which is amongst the most scenic and appealing in Marbella, mostly consist of luxury villas and exclusive apartment and town-house complexes set against pine-covered hillsides overlooking the golf course and the sea.

Situated just east of Marbella town, this area has everything close at hand whilst offering peace and tranquillity.

Finds itself ensconced on the western side of Rio Real, just east of Marbella town in a peaceful residential area dominated by gentle olive and pine-clad slopes, beaches, dunes and sea views.

This location has the distinction of being highly central and peaceful, thus endowing the private community of villas with the best of both worlds. All manner of facilities are within easy reach, yet this is a secluded area on gently sloping, southwest facing land with pretty sea and mountain views on which a private community of luxurious contemporary villas has been created.

We all know the classic real estate adage, and with La Finca de Marbella we are proud to present what can truly be called a prime location. The best positions always go first, and in a largely consolidated market such as this it is hard to find land on which to build modern homes in a setting that is private, natural and yet also close to the beach and all the amenities of the Marbella area.

The choice of modern/contemporary styling may follow market trends, but it is also an integral part of the vision behind the project. In blending nature and modernity we offer the best of both worlds, as in the case of a location that is peaceful and secure yet also central and convenient. 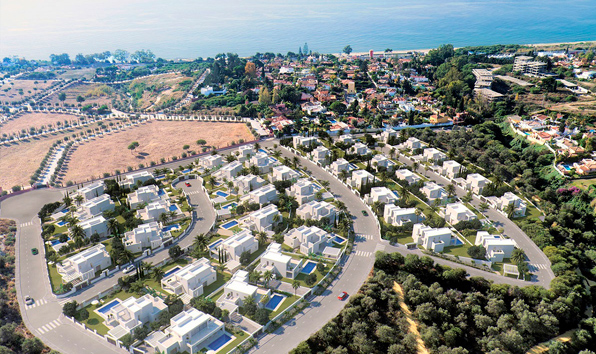 Is the next stage after the phenomenal success of La Finca de Marbella, a natural extension comprising of:

*  36 off plan and luxury 4 bedroom villas with private pools.

Each and every property has been carefully considered to maximise the views of the surrounding sea, La Concha mountain and natural flora.

You can find out more about which cookies we are using or switch them off in settings.

This website uses cookies so that we can provide you with the best user experience possible. Cookie information is stored in your browser and performs functions such as recognising you when you return to our website and helping our team to understand which sections of the website you find most interesting and useful. You can change the configuration or obtain more information by consulting the Cookies Policy

Strictly Necessary Cookie should be enabled at all times so that we can save your preferences for cookie settings.

If you disable this cookie, we will not be able to save your preferences. This means that every time you visit this website you will need to enable or disable cookies again.

This website uses Google Analytics to collect anonymous information such as the number of visitors to the site, and the most popular pages.

Please enable Strictly Necessary Cookies first so that we can save your preferences!